HomeNewsUncategorizedView: It may be a while before dollar index returns to double digits 

View: It may be a while before dollar index returns to double digits  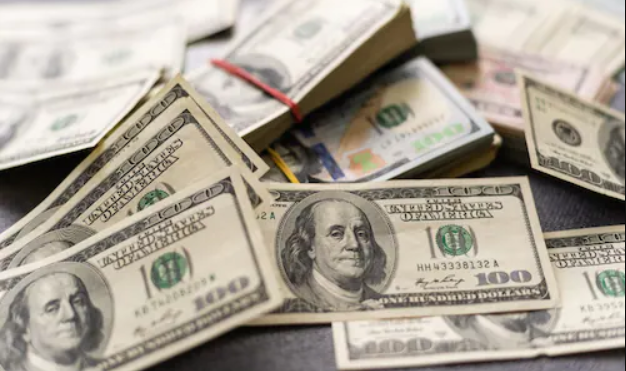 The US dollar index is expected to reflect the Fed’s hawkish tone to tackle high inflation over the short and medium terms. The risk-off sentiment, triggered by the Russia-Ukraine crisis, is an add-on to the ongoing rally in the gauge. The dollar index has reached triple digits as expected just before the start of tapering of pandemic-era stimulus by the Fed.

What’s next for the US dollar index?

Here are some of the key factors influencing the greenback:

1. Stronger US growth: The US stimulus package along with the Fed’s flood of liquidity is expected to work well for the world’s largest economy in the coming months.

2. Job market recovery: Jobless claims in the US have hit their lowest since 1968 and the unemployment rate a two-year low. American companies are hiring at full scale despite concerns about inflation and the Russia-Ukraine war, and more people returning to the labour force. The jobs market is expected to continue to be in a favourable position this year as well.

3. Record inflation: US consumer prices rose at their highest pace since 1981 as war-related concerns added pressure on ongoing supply bottlenecks. The rising cost of energy, food and rent has been a major challenge for Americans. The Fed needs to act aggressively to tackle that.

4. Risk-off demand for the dollar: The ongoing Russia-Ukraine war has changed the dynamics of the world, the implications of which can be seen in commodity prices. The disruption in global economy raises doubt over the sustainability of developing countries or emerging markets.

In its coming meeting, which is due on May 3 and 4, the US central bank is expected to act aggressively on the policy tightening process.

The FedWatch Tool suggests that there is a 96 percent probability of a 50 bps hike in May and that of about 215 bps in cumulative rate increases in 2022, providing ample support for the dollar. The Fed is expected to come up with a quantitative plan too.

In reaction to the coming hikes and rising inflation, the 10-year US bond yield is quoting at 2.85 percent — the highest level since December 2018.

The weekly technical chart of US dollar index appears to be in a primary uptrend and expected to test 102.5 over the short term, and 103-103.8 over the medium term. On the contrary, support lies at 99.5, followed by 97.6.

It would be another dollar bull year for the markets. The base case scenario suggests that economic growth in the US is likely to remain strong. Despite war-related concerns and rising interest rates, the US is likely to outweigh its peers and emerging markets, and its job market also expected to remain supportive. Inflation is expected to inch up further due to multiple reasons.