HomeNewsFinanceCrude at $100, gas and coal at multi-decade high; a myth or reality soon?

Crude at $100, gas and coal at multi-decade high; a myth or reality soon? 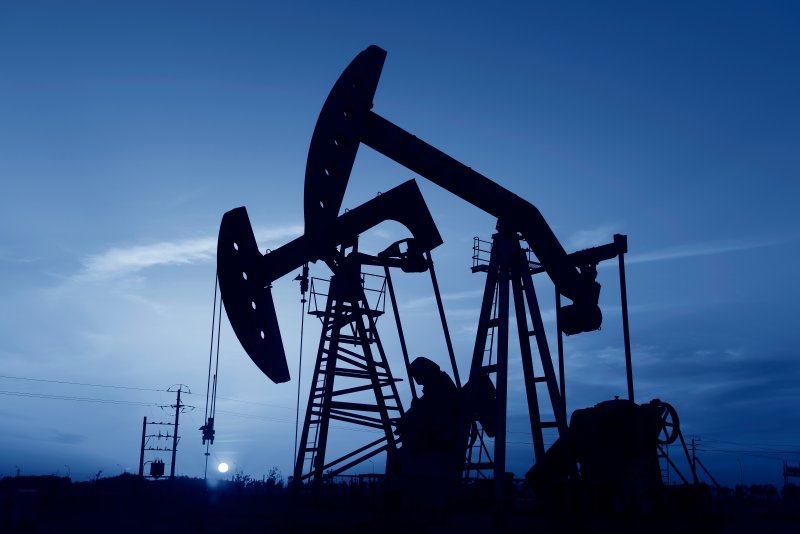 Post reboot your computer, you must have observed that your computer works much faster than before, at least for initial hours. The same logic can be applied in the financial and economic world. After the pandemic, the world had nothing but clicked on the Reboot option and now everything seems to get back on track soon.

Although, supply bottlenecks are still with us which has disrupted the barometer of demand-supply equilibrium. In given supply constraints where shipping costs are rising exponentially, now the world is experiencing non-transitory inflation due to rising energy prices. The world’s biggest central bank- Fed also failed to realize that the given inflation is not transitory.

Although, they cannot consider it all of a sudden into their projection as implication would have had a terrible impact. Considering rising demand, drawdown in inventory, supply disruption in the US; the question arises for the Black-Gold (Crude oil) is, whether it will test a three-digit figure of $100 again amid the rising prospect of a large market deficit? Let’s validate the fact by analyzing the ongoing head-points and also check the implication of the same on the market.

Why Energy prices are shooting:

It is called that energy commodities such as Crude oil, natural gas, coal are key components of any economy. Any serious rise in these commodities could immediately worsen the country’s economic figure. As services can be delivered easily by hiring employees, but goods cannot be delivered, especially if it is in a scarce. The higher demand, lower supply, or shortages escalates the prices of that product.

If we check the movement in the crude oil prices for the current year, then primarily it was jumped by the restoration of demand. And then on account of Hurricane Ida’s impact on the US oil production and refining operations. The storm was estimated to have disrupted more than 95 percent of US oil output in the region. Until recent weekend production of nearly 300,000 barrels of oil production a day was reportedly still offline.

Moreover, an unexpected problem in Canada’s oil sands and a bigger-than-expected draw in U.S. crude oil supplies are further contributing to the market woes. In a given scenario, OPEC’s decision to slowly raise their output seems inadequate to halt the rally in the prices. Summing the given points, the answer to the above question on ‘Three digit- $100’ could be ‘Yes’ with 80% odds of probability. Technically too, the breakout seems imminent on the weekly Brent chart. It is setting a short-term target of $86.50 and if crosses that mark then it could head towards another target of $100.

Another energy-based commodity, Natural-Gas, which sometimes extracted with the deposit of Crude oil also jumped, now quoting to the highest level since 2014. There are broadly 2 catalyst for the rising gas prices, lower natural inventory, and Russia’s cut in the natural gas flows to Europe. It is said that the current ‘Gasflation’ crisis could become bigger than the US 1970s oil shock. The prices not just in US, but rose at multi-fold level in Europe and UK too.

Outside energy, such as fertilizer and ethanol production will also be structurally affected by the higher natural gas prices, and also add to the host of supply chain disruptions that businesses are dealing with. Not just this, but electricity prices across the UK rose by 700 percent than the average price for the 2010-2020 decade and in Europe too, many countries are facing double rates. As a result of this, the upcoming winter could be expensive for the households as inventory levels are at a multi-year low. The government could step in to support the household, but implications would be tied up again with fiscal and debt stories.

Implication on the global inflation:

There would be definitely adverse implications on the DM and EM both. The developed markets are facing inflation at a multi-year high, comparable to the EM levels. This led Fed to refrain from using the ‘transitory’ word in the recent meeting. Further, a higher projection of the core PCE inflation, a primary gauge of the tapering and rate hike, was also revised sharply higher for the current and upcoming years.

This clearly indicates how inflation is pressurizing the Fed to go towards tapering as early as possible despite the fact that the economy is nowhere near the target level of the unemployment rate. The same case is there with the UK too, and hence members are voting for a tapering despite having unresolved issues on the Brexit. In Emerging markets too, inflation has been a headwind in countries such as Turkey, Brazil, Russia, South Africa and hence central bankers are moving towards rate hikes, especially in a situation where lower rates should be kept to support higher growth.

India is 85 percent dependent on imports to meet its oil needs and the government has been for long looking for ways to raise the domestic output so as to reduce import dependence and bill. But unfortunately, couldn’t manage to do so. The import in August month rose to 4.2 million barrels per day, at a four-month high as some refiners plan to boost runs in anticipation of pent-up demand around the festival season. A further rise in crude oil prices will lead to an increase in India’s trade and fiscal deficit burdens. The increased gap in the deficit shall be subsequently offset by government borrowing.

According to RBI study report, one can conclude that for every $10 per barrel increase in oil price, inflation in India rises by about 50 to 60 basis points (bps), or pushes up the fiscal deficit by 45-50 bps, if the government decides to absorb the entire price shock. However, the final impact on the inflation and fiscal deficit would depend on the level of government intervention (changes in tax and subsidy) in the domestic oil market. But definitely, this will not keep the Rupee momentum in a calmer zone and have a negative impact.

Outlook of the higher energy prices on Rupee

The volatile energy prices would have a severe impact on particular that country’s currency. It would be really important to understand whether the country is exporting or importing. If exporting one, then whether they will be able to manage the local demand or if they keep the reserves for upcoming energy season then exports will be hit.And in another case, if the country is an importing one then definitely that will lead to an increase in inflation, followed by higher current account deficit, higher import bill, increase in government borrowing, hike in interest rates, and hence a weaker growth. This spiral impact could weaken that country’s currency and hence outflow can be seen. Broadly, Rupee could be badly hit by the upcoming ‘Energiflation’ and steady depreciate towards 74.50 to 75.00 mark over the medium term.