HomeNewsUncategorizedView: Rupee may remain sideways for the next 2 months 

View: Rupee may remain sideways for the next 2 months  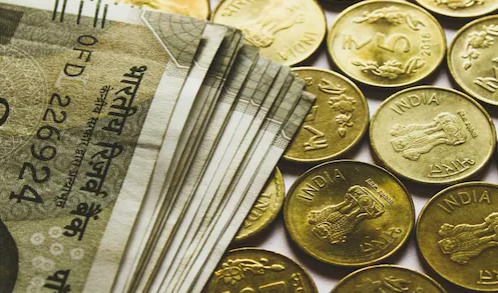 Amid a bunch of economic events, volatility was supposed to remain elevated this month. The rupee has been hovering around the 78 mark against the US dollar — not far from its all-time low.

The rupee finally got out of its overly stretched range of 77.40-77.80 against the greenback, depreciating towards 78.27, after a record high inflation reading from the US. Fortunately, it returned to the 78 level on account of probably RBI intervention of approximately $2 billion and corporate inflows worth some $900 million.

For the time being, the local currency has gotten some relief.

Higher consumer prices in the US led to a sharp jump in the country’s two- and 10-year yields, followed by a sell-off that took equities to a bear market zone. It pressured the Fed to hike the key lending rate by 75 bps without prior communication.

Fed Chair Jerome Powell has kept the door open a hike of either 50 or 75 bps in July. This sent US yields and the dollar lower against its major peers, and equities higher. The impact on the rupee remained muted, although it appreciated up to 77.90 after these announcements.

The impact of a hawkish Fed on forward premium

The rupee’s descend to an all-time low might be eye-popping for the market. But one needs to think whether it is translating into the forward rate too. The answer is: No. The way the Fed has been trying to calm a 40-year high in US inflation, the interest rate differential between the two countries is at a 10-year low.

With the given rise in the USD-INR spot, have exporters really benefitted in forward bookings? The annualized forward premium on June 8 was at 3.01 over the spot rate of 77.70 (forward rate 80.71). Unfortunately, for exporters, despite the spot being near 78.04, they are receiving a 2.59 premium with a forward rate of 80.64 — less than the rate on Friday.

How the rupee has fared against its emerging market peers

Apart from the Fed’s aggressive hikes and the impact of strength in the dollar on the rupee, one should also look at the currency’s relative performance versus its peers. The rupee has fairly depreciated among its Asian peers since the start of the Russia-Ukraine war. It has lost 0.67 percent of its value in June alone.

With trade deficit at record level in May, sustained selling of Indian shares by FIIs and overheated consumer rates, the rupee should be ideally at 78.80-79.00 levels against the greenback. But it is not at those levels thanks to the RBI.

The tactically managed currency has remained at steady levels due to aggressive intervention by the central bank through forward markets. It held roughly $66 billion maturing throughout different dates. As India’s forex reserves hover near the $600 billion mark over the last couple of weeks, the RBI is liquidating forwards to control forex rates.

Aggressive rate hikes could lead to a sharp fall in global equities, higher US yields and a stronger US dollar. The USD-INR pair is likely to move in a range of 77.20-78.50 over the next two months.

The rupee is likely to remain sideways as the RBI is standing strongly against weaker fundamentals.