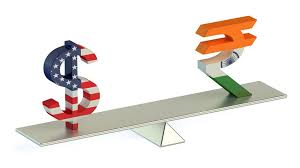 C for CPI and C for central bank. Apart from having a common first letter in their word, a correlation lies between them. Let’s go through the last 3 year’s CPI direction, the central bank’s stance, and its impact on USD.

There is an interesting fact or correlation between CPI and the US dollar index movement.

As of now US inflation is at 7.1% and its last 12-month average is 8%. So, we can expect the US Dollar index to trade on a weaker foot.

Just evaluating the factors which had been impacting the entire story of the CPI will surely help to analyze the potential inflation trend of 2023. And so the trend of the US interest rates, yield, and finally a US Dollar index.

As can be seen in the table, all the major CPI components showed a lower YoY % increase in November than in October, except Shelter (which is lagging behind the real-time decline in rents & home prices). And thus, Since the June peak of 9.1%, the US inflation slowed for a fifth straight month to 7.1% in November, a level where it had started its 2022 journey.

Fed, Inflation & Interest rate in 2023
Going forward in 2023, the CPI trend will be dependent on the two factors. First, the impact of the US Fed rate hike on each contributing factor of the inflation, and second, the actual trend of the factors due to demand and supply.

With a lag effect of the most aggressive Fed rate hikes in 30 years, a fall in global demand (especially from the US, Europe, the UK, and China), and easing supply constraints, we expect inflation to recede to normal in 2023 and thereafter.

Based on the easing inflation we have created a timeline of the Fed stance.

On one side, the most aggressive rate hike cycles are behind us, and we are close to a pause in interest rates and eventually a cut. Surely, that should be good news for riskier asset classes like equities and currencies.

But on another side, the current interest rates, which are a lot higher than they were before, are likely to significantly slow the economy, and possibly open the door for recession.

So, that is the bad news for risky assets like stocks, as their earnings are likely to take a hit and it would be bad for currencies too. Summing both sides, one can say that volatility is likely to remain a basic theme for the market.

Eventually, after slowing speed and applying a break, there comes a U-turn on the policy stance. Surely, dollar bears would welcome this scenario and keep on piling up their bets against USD. The carry is likely to go in favor of riskier currencies like Emerging market ones, at least until the recession spread out globally.

Broadly, 2023 could be a year where the market will see all 3 stances from Fed- Hike, Pause and Cut. Although Fed has not yet confirmed the cut, the market is anticipating the same.

With the inflation outlook remaining southward, the trend for the US Dollar index remains bearish and can expect to drip down towards 95-94.50 levels.

Overall, we can expect the index to make lower highs and lows and remain under a bearish trend in 2023.

As Europe can be seen recovering from its fall and UK stabilizing, we can expect EUR-USD to move towards 1.09-1.11 levels and 1.24-1.26 levels, respectively.

The Japanese Yen, which has been dependent more on the differential could continue to appreciate- both due to lower USD and as a safe haven on rising fear of recession.

View on Emerging Market Currencies:
The given Emerging market currency performance table suggests that on average, the currency pack has depreciated by 9% against the USD in 2022.

Moving forward, we believe that weaker USD and falling inflation in EM countries could further help their currencies to appreciate. However, 2023 will surely be a rollercoaster ride.

The eyebrow-raising point here is that Rupee depreciated by double digits- or 10.20%, standing just after those countries who are facing multiple crises in their economy.

The question is, are India’s economic data and situation so bad that the currency is under severe pressure? The answer is NO.

We are better placed. Going through the checklist, inflation is in RBI’s target range, Manufacturing or services PMIs are at a multi-year high, FIIs are bullish on India, there is a stable banking situation, and an easing trade deficit issue; all suggesting that India Rupee should make a comeback over the short and medium term.

–Amit Pabari is the Managing Director of CR Forex Advisors. Views expressed are the author’s own.