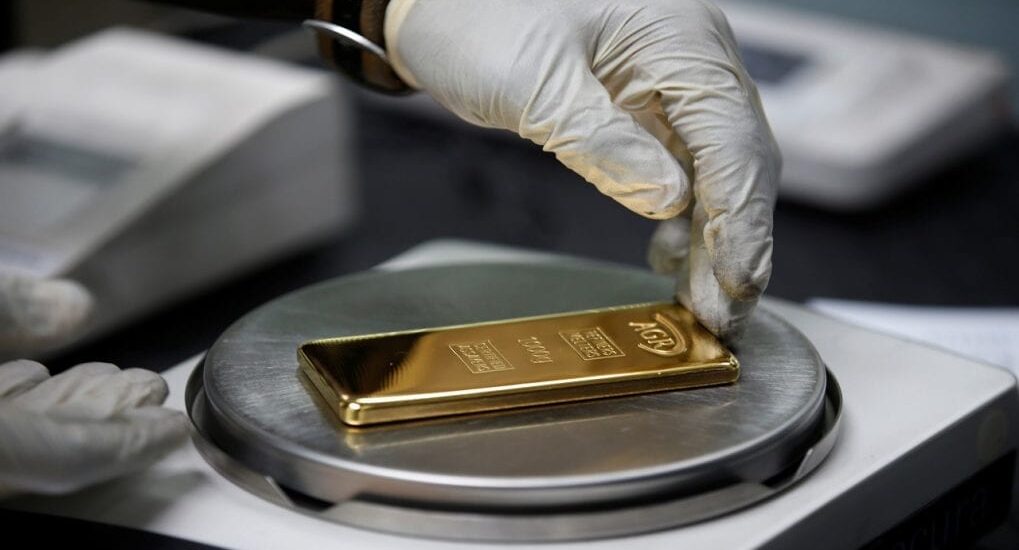 As we hit our third and final target in gold of $1950, here is a follow on report as investors now wonder how much more could gold rise and what are the reasons viable for the same. Here are some factors that might draw gold even higher from the prevailing levels:

Correlation between gold and real yields

: As central banks are keeping interest rates low along with continuing quantitative easing and bond-buying, it is building inflationary pressure. The real yields (interest rate minus inflation) are continuing to decline with the reduction in the interest rates and rise in inflation. This is giving a boost to the gold prices as both, gold and real yields are inversely related. In a scenario where real yields are low, investors are continuing to hold gold, thereby making Dollar less alluring assets and amplifying the price of gold. Hence, the more real bond yields go negative, the more gold prices would rise. Since the central bank will not be able to raise rates even if the inflation rises, it is likely that dollar will continue devaluing against Gold.

More stimulus coming: The Senate Republicans are pushing for a coronavirus bill that sums to around $1 trillion, and have worked out their differences with the White House on a fifth coronavirus relief package and negotiations with Democrats are ongoing. This stimulus package could include $1,200 per person in direct cash payments, an extended moratorium on evictions, and reduced federal unemployment benefits. On the other side, Europe’s recently announced agreement on a stimulus worth 750 billion euro can turn out to be market moving. The gains for equities and bonds reflect the promise of further stimulus after the EU nations agreed to provide 390 billion euros in grants and 360 billion euros in low-interest loans to support economic reconstruction. The money supplied in the form of grants can turn out to be a catalyst in raising the inflation in Euro-zone. As the central bank continues the money-printing program, this excess of liquidity could lay the groundwork for gold to rise higher.

Amiss between Risk and non-risk rally: Majorly all asset classes bottomed out in the month of March after which there was no turning back for any of them. However, this time many market correlations have gone haywire contradicting their nature. One such relation is taking the lame light, as both risk assets like equities, commodities, EM currencies, and non-risk assets like gold, bonds are rallying at the same time. Normally, it is seen that when there is a rally in risky assets, safe havens tend to move in the opposite direction. But this time, both seem to be going hand in hand which signifies that something is amiss or probably it’s a “new normal”. Sooner or later, when the market acknowledges the fundamentals and realizes the aftermath of the entire story, it is certain that one has to come back home and time will tell who will do so risky or non-risky assets. Until then, in the present scenario, one can enjoy the gold ride as there is more way to go.

Approval of Judy Shelton: The Senate banking committee approved Fed nominee Judy Shelton on the central bank’s board of governors which can turn out to be fruitful for gold. Her persistent support for the gold standard and belief that every US dollar should be backed by a small amount of actual gold might bring in some revision in the Fed’s money-printing program. Enthusiasm for a return to the gold standard has become more prominent since Judy Shelton fills the vacant Federal Reserve governorship. If inflation picks up, a solid base of the gold standard preacher is ready to take it mainstream, and prospects of gold shining brighter have increased.

All of the factors above support gold rally, however, below mentioned factor might play out differently as the yellow metal has already rallied significantly.

Funding currency: It has been observed that Gold and oil prices have always been significantly volatile whenever US elections are about to take place as either of them is taken as a funding currency. One of the two commodities tends to rise or fall a year prior to the election which can be prominently seen in the table below. We saw subdued oil prices throughout 2019-20 due to weak demand outlook and gold picked up due to its safe-haven nature and other supporting factors that we have been mentioning in our prior reports too. Following the historical trend, since Nov 2019 to date, gold has gained around 33 percent and oil has fallen by around 30 percent. As we near to the US elections, since the price of gold have already given one-sided rally, going forward it can be highly volatile due to profit-taking and speculative bets. Hereon, there are two possibilities, gold retracing towards $1850 or below due to profit booking or the rally continues to seek new highs. It’s better to strategize than speculate before we fall wrong-footed since the count down for US elections begins which can bring in unprecedented volatility especially for gold as the same has acted well as a funding asset for US election. Hence, it is advisable to not enter any fresh positions.

Investors: For the one who has bought gold for a long term horizon, we suggest to stay invested with a stop-loss as given below. Any dip due to profit-taking in the near term shall remain a buying opportunity. However, fresh buying at prevailing levels of $1940 is not advisable.

Traders: We suggest the early entrants and existing ones to hold with a stop-loss and suggest not creating any new buying positions at the current levels of Rs 54,000.