HomeNewsCurrencyWrapping 2020 with a subtle depreciation- What’s on the cards for the Rupee in 2021?

Wrapping 2020 with a subtle depreciation- What’s on the cards for the Rupee in 2021? 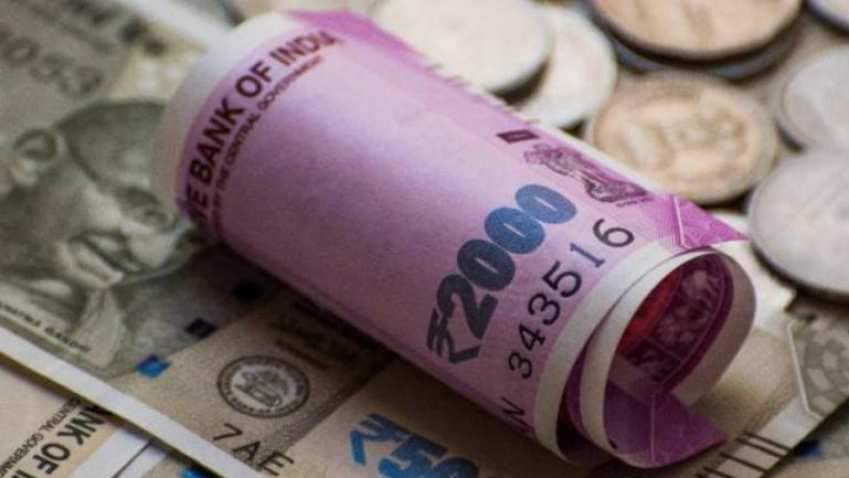 2020 was quite a roller coaster ride for the rupee. From a year’s low of 70.73 to printing a high of 76.91 and finally settling around 73.50 with nearly 3 percent YoY depreciation; the rupee hovered in a range of 6 rupees throughout the year.

As it’s a wrap for 2020 where the rupee remained one of the most affected and worst-performing regional currencies, let’s sees what’s on the cards for the dollar-rupee pair in 2021!

Factors that can lead to rupee depreciation:

Fiscal deficit: As with several countries struck hard by the Covid-19 pandemic and the increase in debt levels by the same, India cannot escape. Recent Statements by FM Nirmala Sitharaman hinted towards an expansionary federal budget saying that the fiscal deficit number will not be worried for because there is a need to spend the money, thereby bringing fiscal deficits under strain. However, the estimates suggest that the difference between what the government spends and its revenue might widen beyond 8 percent of GDP in 2021, i.e. more than twice of budgeted 3.5 percent. This revenue crunch will be bridged by debt and borrowings.

Widening trade deficits: India’s exports contracted for the second consecutive month in November after recording positive growth just for a month in September, as the second wave of the coronavirus pandemic hit consumer demand in India’s largest markets in Europe. India’s merchandise trade has been weakening even before the covid-19 pandemic hit the economy and external demand. Since June 19, the country’s exports have been negative for 15 of the past 17 months. However, since March of this year, both exports and imports started declining in high double digits. Well, these deficits will further come under strain with rising import dependency amid an increase in the oil national demand as the country goes for a gradual unlock.

Inflation high: India’s retail inflation is hovering around 7% for over 6 months remained above the RBI’s target, exhausting the central bank’s resources as it seeks ways to revive growth in the country. While fiscal support packages from major countries have been directed towards safeguarding the poorer households and small businesses, there were some misses back home such as the urban poor being left out amidst millions of Indians losing jobs. A declining labour force also means more consumers which could impact the demand in the face of supply constraints creating inflationary pressure.

RBI Buying: RBI kept its buying spree on, despite being tagged as a currency manipulator and being kept under the watch list by the US Treasury. India has crossed the $20 billion mark of a bilateral goods trade surplus with the US in the first four quarters through June 2020. Also, India’s net purchases of foreign exchange accelerated in the second half of 2019 and sustained for the first half of 2020, which pushed net purchases of foreign exchange to $64 billion which is 2.4% of GDP. However, despite that, RBI has remained persistent in buying dollars to stand strongly against appreciation.

Major reasons that can lead to rupee appreciation:

Weaker dollar: Sustenance of weaker dollar has played out well for EM currencies as well as a rupee. With the Fed’s keeping the US interest rates low for an extended period and expanding its bond-buying program, concerns about rising government debt and increased liquidity shall aggravate pressure on the dollar. Also, the dollar sell-off could continue being safe heaven amid the expectation of global recovery with a distribution of the Covid-19 vaccine that has lifted the market’s appetite pushing equities higher.

Sustained inflows: Despite being in the middle of a pandemic and the world economy escaping its deepest recession, Indian capital markets have witnessed nearly $13 billion of net foreign inflows so far in 2020. With the Indian economy entering into a revival phase and the global picture of the country amongst the emerging economies remaining better among the bad, India is likely to attract foreign inflows. As seen above, the rupee has been making lower highs at the top and higher lows at the bottom. The pair has been congested in a narrow range near the mouth of the triangle indicating that the breakout is on the cards in the short run. Well, if this breakout happens on the downside, it opens a scope for the pair to move near 72.00 levels. And if the rupee breaks upside of the wedge, the pair can move towards 75.50 levels.

Considering the above-mentioned reasons, there are more reasons for the rupee to depreciate in the medium to long term. However, with the sustained inflows coming in, the rupee in the near term seems biased towards appreciation. Well, to put it in a nutshell, the strength in the rupee seems to be limited to 72.00-72.50 and the weakness shall be capped near 75.00-75.50 levels, keeping the broader range for the rupee in 2021 bounded between 72.00-75.50 levels.