Will Indian exporters continue to benefit from rupee’s lifetime low versus yuan? 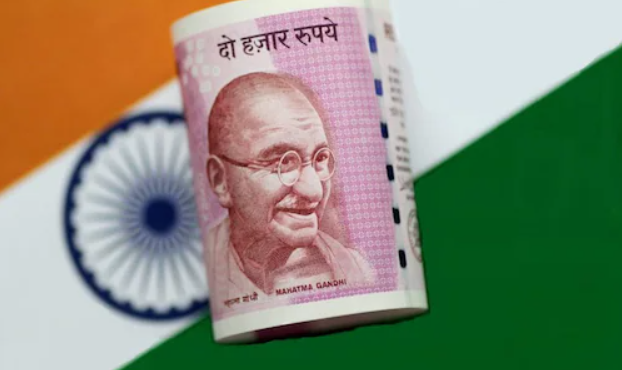 Further, it was not expected that the rupee will steeply depreciate against the dollar in just one and half months’ time; especially when local fundamentals are supportive. As all exporters were busy in analysing the trend of the Dollar-Rupee, on another side, Indian Rupee made an all-time-low of 11.72 versus Yuan on October 11, 2021. The below article explains the fundamental situation in China & India and compares the policy stance of the central banks, which affects the movement in the local currency.

Secondly, the market felt another small tumour because of ‘Evergrande default’ news in the month of September. The real-estate giant is under a crushing debt of $300 billion. The remarkable point here is, real estate sector accounts for close to 29 percent of the Chinese economy. It’s a whale in China’s high-yield dollar bond market, accounting for about 16 percent of outstanding notes. Thirdly, by the end of September, many provinces in China started facing a heavy shortage of major energy commodities; especially coal. The country mines and burns more than half of the world’s supply, and it accounts for 64 percent of the country’s power generation.

Shortages and high prices have led to power cuts to factories in most of the country as the government prioritizes supplies for home heating in the winter. Further, flooding in major mining areas is complicating efforts to boost supply and halt an escalating energy crisis. To curb the situation, China has asked to produce coal at full capacity for the rest of the year even if they exceed annual quota limits as they struggle with the deepening power crisis.

Let’s check the situation in India too. Firstly, we will talk about the ‘flows Unicorn’. As hot (temporary) inflows like FII/FPI or permanent inflows like FDIs have been steady since post easy liquidity stance from the central bank last year, the Indian equities have been an outlier amongst the EM pack. Since July only, major emerging markets who were facing a serious third wave of COVID were trading under pressure, India remained on an exception to it. And hence, flows were continuously coming into the market.

Secondly, Indian remained very well unaffected from the third wave of COVID and hence business activities remained on track when major DM and EM countries were facing the hurdle. And thirdly, the vaccination drive has been on track to touch the record level of the 100 crore mark shortly. This has helped India’s cases to remain well near the 20,000 mark per day, which is way below many country’s daily COVID cases rate. The only hurdle in front of India is the energy crisis, which the government is trying to address the issue via alternatives or providing supportive policies for mining and reserves.

Now, one will obviously have question in their mind that despite weakness in China’s economy, Yuan remained on an appreciating mode and despite India’s strong fundamental (comparatively), Indian Rupee weakened to a 15-month low. The simple answer to this question lies in the central bank’s intervention and stance.

The policy divergence has been the differential between any two country’s currencies. That can be seen over Fed (hawkish) and ECB (dovish), and hence Euro is falling vs. US dollar. This logic along with the central bank’s action in the forex market decides the momentum in the local currency. If we check the PBoC’s stance over the last 2-3 months, then it had been dovish.

To curb the Evergrande and coal shortage situation, PBoC immediately started loosening its policy and injected almost $14 billion. Further, PBoC kept Yuan on an appreciating mode to support the government’s order to the country’s top state-owned energy companies from coal to electricity and oil to secure supplies for this winter at all costs. They will have 2 options left. Either mine it, which seems impossible to increase or they can import and fulfil the requirement. The latter one seems possible and hence china’s central bank is supporting it. And hence, Yuan is appreciating versus dollar.

Whereas in India’s case, the major factor for depreciating is stronger dollar, rising US 10 year bond yield and higher crude oil prices. As we know that India fulfils its 80 percent oil requirement from import and higher prices above $60-65 will create a compounded effect on the economic figure. It is said that every $10 jump in the crude prices, increases India’s Current Account Deficit (CAD) by roughly $8.5 billion. For the quarter ended June, it was in a surplus of $6.5 billion.

However, Q2 FY 22 is not going to be a positive one as the trade deficit (biggest component of CAD) has widened to a record level of more than $22.94 billion. Furthermore, RBI is on course to increase their FX reserves and hence not letting Rupee to appreciate despite tremendous flows and equity’s 25 percent+ return for the year. This suggests RBI’s intention of keeping the Rupee little on a depreciating side. Although, since last one year, the range has been steady from 72.30 to 75.50, which seems now breaking on the higher side, but it would be interesting to watch whether RBI will tolerate wild volatility on a depreciating side.

This week, Rupee hit an all-time low of 11.72 versus the Chinese Yuan; India’s immediate competitor. This will surely help Indian exporters to have a higher edge versus Chinese exporters in terms of less competition and a higher margin. The Indian Rupee is still away by 2 percent from its all-time low versus dollar. The PBoC’s aim could not be export-oriented like 2015, but their aim could be supportive for the higher corporate loans and credit-off takes.

Technically, the CNYINR chart suggests further upside up to 12.00 mark in the near to medium term. Whereas, immediate support lies at 11.57 and then at 11.50 levels.

Concluding article in short, despite the tumbling economic fundamentals in China, the PBoC could keep the Yuan on an appreciating mode to boost the credit off-take and support higher imports of energy commodities. Whereas despite higher inflows on account of FII, FDI and an optimistic environment, Rupee could remain on a depreciating mode as higher dollar, elevated energy prices could weigh on the country’s trade deficit.

Further, RBI is not ready to tolerate a stronger Rupee but supports a weaker one. Hence, Rupee could remain on a negative note vs. Yuan and dollar both. For Indian exporters, this could be good news amid a situation where they are facing container issues, higher freight charges, or manpower shortages at the port. Broadly, Rupee could depreciate towards the 12 mark vs Yuan in upcoming months.