Is trade deficit a burning problem for India? 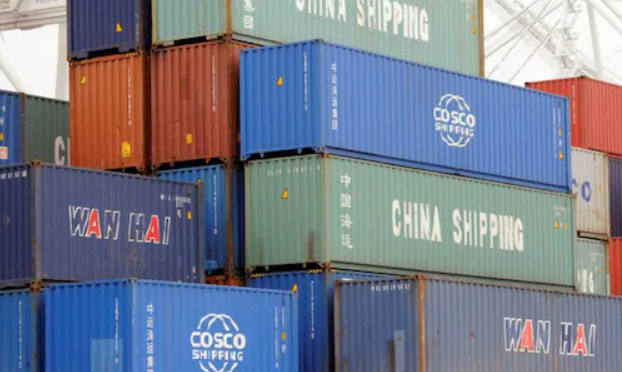 India has been recording sustained trade deficits since 1980 mainly due to the strong imports, particularly of mineral fuels, oils, precious and semi-precious stones, and jewellery. Since India opened its markets back then in 1990-91, there has been an exponential rise in the country’s foreign trade exposure – exports have increased more than 16 times and imports more than 19 times.

However, the uncertain global trade situation caused by the pandemic severely hit the global merchandise trade in 2020, and India was not immune to the impact. As per the recent release of data, India’s trade deficit was $22.59 billion in September, compared to a preliminary estimate of $22.94 billion earlier. Still, it was the biggest trade deficit on record as imports grew much faster than exports in at least about 14 years. Let us analyze the major factors attributing to indebtedness.

China’s dominion effect: In recent years, the highest trade deficits were recorded with China, the US, UAE, Saudi Arabia and Iraq. Despite the Modi government’s attempts to reduce India’s dependence on goods manufactured in China and push self-reliance alongside since the military confrontation in Ladakh, China topped the list with nearly 16.53 percent of our imported inflation causing a concern.

The trade deficit between India and China ballooned to almost $47 billion in just the first nine months of 2021 and is expected to climb further by the year-end. While it stood at only $44.02 billion for the entire year 2020-21. The India-China total trade volume has already touched $90 billion by the end of September following a steady trend of trade flow month by month.

China forms an integral part of the global supply chain, and India too is heavily dependent on Chinese imports, ranging from a variety of raw materials to critical components. According to data, a staggering 70 percent of electronic components, 45 percent of consumer durables, 70 percent of Active Pharmaceutical Ingredients (APIs), and 40 percent of leather goods come from China. That apart, India has the world’s third-largest pharmaceutical industry for which 2/3rds of its key ingredients come from China.

Cost is a vital reason why Chinese products dominate markets across sectors. It will be hard to substitute or compete with those prices. This indicates that India needs to undertake a series of measures like land and labour reforms to foster growth and investment and scale up domestic production in key sectors including electrical machinery and pharmaceuticals to replace those imports. Only then, diversified investment flows could be seen flowing through India and boost the economic growth.

International crude oil prices continue to move in a northward trajectory amid global output disruptions thereby providing no respite to major oil importers such as India ahead of the festive season. Brent crude oil futures rose above $84 a barrel as expectations that soaring natural gas prices will lead users to switch back to oil to meet their winter heating needs thereby reprieving the overall demand.

For crude oil, firstly, it is anticipated that OPEC will not be able to increase output and meet up required demand, which will lead to a further firming up of oil prices. Secondly, a further surge would put pressure on the government to cut taxes on petrol and diesel which would hurt its revenue and spending. Thirdly, unless international prices relent, oil companies will have no option but to continue passing on the increase to consumers and industries.

So far India’s government has its priorities well laid out and plans to work consistently on removing long-standing obstacles to boost jobs creation, growth in services and merchandise, and privatization through investment facilitation. But the above two components are likely going to hurt India’s inflation trajectory which is already at elevated levels, widening the deficit and leave imprinting effects on the economy and rupee. That apart, geopolitical rivalries, supply chain blockages due to COVID shutdowns, logistics barriers, and steep shipping and container costs indicate some more pain is in store in the near term for international trade.

While coming back to home currency rupee, it continues to feel the heat of the burning oil, with the trade deficit widening at elevated levels in September amid rising crude oil prices, the upcoming inflows on account of various IPO’s and stake sales are likely to sombre the burn marks. It will be watchful whether the potential bunch of inflows pulls FII back to India after they remain net sellers for October.

Technically, the dollar-rupee pair has been holding tight near its critical range. If it fails to move higher from here, there is an argument for a short-term consolidation between 74.50-75.60 eyed with a downside target amid a likely spree of inflows. On the flip side, 75.70 will act as a crucial resistance.

Over medium term, the broader picture for the dollar-rupee pair is bullish considering the likely upcoming Fed tapering pushing 10 year US yields higher.

Additionally, if concerns over energy crisis persist leading to further spike in crude oil prices, it will become burdensome causing a wider trade deficit and a depreciation tilt for rupee. Considering the strong dollar fundamentals and energy concerns, if 75.70 is broken, we could see a shift of range towards 76.50-77.00 levels over the medium term within short span of time. Thus any dip should be considered as a buying opportunity while one can go slow in selling.