Is US yield curve directing outlook on dollar index, euro and pound? 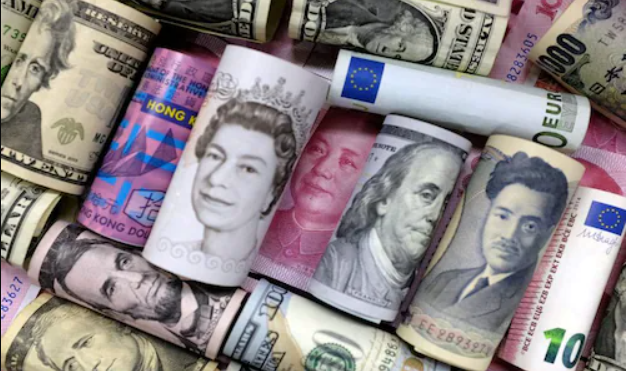 There are basically two types of investment in the world. One is the Riskier investment- ‘Equities’ and the other one is Non-Riskier. Or we can say asset class which provides fixed income in the form of coupons. This includes- short-term ‘note’ or long-term ‘bond’. In the case of rising inflationary environment where central bank is yet to go for a tightening, stock market usually perform better as money chases for a higher return.

Let’s check the current scenario. The recent Fed’s taper without a tantrum and October payroll data is behind us. Bank of England and European Central Bank policy are done- where BoE acted against the odds and ECB remained silent. Now, what is the outlook on the major country’s bond yield, and how it will shape the future of that country’s currency? Let’s check one by one.

Outlook on US bond yield:

In a recent meeting, Federal Reserve announced plans to end its pandemic bond-buying program by June 2022 or as expected $15 billion per month starting from later in November 2021. While tapering also, Fed governor Jerome Powell added the ‘Transitory’ word again. The yield on the two-year Treasury note, which tends to rise and fall with expectations for rate increases, recently rose above 0.5 percent to its highest level since March 2020.

The 10-year yield too rose to 1.60 percent immediately after policy. However, both 2 and the 10-year yields fell on Thursday post dovish BoE policy. And post stronger than expected US job report, the yield curve was seen flattening as the market anticipated a faster rate hike than Fed’s projection.

The yearly pace of inflation, for instance, surged to 4.4 percent in the 12 months as of September and touched a 30-year high, using the Fed’s preferred PCE price gauge. And the consumer price index (CPI) increase has risen to 6.2 percent (y/y)- highest since 1990.

The scenario in the upcoming months could be just like Fed’s June policy meeting – Where they had first accepted the sustainable inflation and hinted at tapering. However, from mid-July to the end of September, the tone had been mixed to dovish, and the curve was seen steepening. But in October, all of a sudden, Fed members went on a hawkish tone. Broadly, post this Fed’s November tapering too, the fed could calm down the market nerves by settling the expectation of rate hike at the par level and will not allow the market to discount more hikes in the near term.

Although, flattening yield is still pointing towards a twice rate hike in 2022. The Fed usually telegraph their policy stance very well but remains a laggard one. Hence, yield across the tenure is likely to rise in the upcoming months due to higher expectations of the US outperforming its peers like the EU and the UK.

Further, flattening of the yield curve could continue over the short to medium term. The given 10-2 year yield spread chart suggests further flattening towards 70-80 bps from the current 105 bps. It is not that 10 year yield will not move higher. It has also higher chance to cross 1.75 percent mark and jump above 2 percent over medium term. But compared to that, we could see higher jump in 2 and 5 year yield.

Let us reiterate from our previous CNBC report dated August 18 2021.. Where we had projected US 10 year yield to inch higher towards 1.53 percent and 1.77 percent when it was quoting near 1.23 percent.

The UK and German yields are predominantly affected by the outlook on the US yield and then by the global inflation. Over the last few months, inflation figures across the world, especially in developed markets have moved higher beyond the central bank’s target levels.

That is proving as a headwind for the bond prices. And hence yield across DMs are rising. Despite higher yields that discount future rate hikes, central banks like BoE and ECB are in a deep dilemma on their monetary policy. Amid sluggish economic outlook, they cannot loosen out their grip from the easing stance. Recently, BoE failed to meet the market expectations for a 15 bps hike. Post decision, 5-year UK yield posted the biggest decline since Brexit Vote and a 1-year nearly halved, marking their biggest daily move since the 2009 financial crisis. From Eurozone, ECB clearly states that they are a long way to go for a rate hike. But the market just wanted to discount everything today itself and in advance. The German bund yield can be seen crashing post ECB policy, falling from -6 bps to -30 bps. On gloomy economic outlook amid rising fourth wave cases, ECB is not expected to withdraw PEPP soon.

Broadly, both UK 10 year and German 10-year yields are expected to remain on a mixed to bearish note as higher inflation could help them to move higher but the sluggish UK and Europe growth outlook could calm it down. Hence, the yield differential between US-UK & US-German yield is expected to widen in favor of the US. This will surely support a stronger US Dollar index and at the same time will set further downside levels for the Euro and Pound.

Now, ECB, Fed, and BoE policies are behind us. The verdict is very much clear. Fed announced tapering as expected, however, they calmed down the market for a rate hike. The expectations are still higher for two rate hikes in 2022, and hence yield curve is discounting by flattening out. In that case, the DXY could rise up to 97-98.50 over the short term and 100 over the medium term. BoE policy was like ‘forward misguidance’ as they acted against the market’s expectation and their stance is not much clear. And hence, the pound could fall towards 1.32 level over the next 2-3 months. The ECB is guiding a bit better than BoE, but not sure whether they will be able to end PEPP by Mar-2022 and even if they do so then what about other asset-buying programs. Surely, the rate hike is not possible until the end of 2024. Thus, Euro will remain under pressure due to underperformance and a stronger dollar. One can expect a fall in EURUSD towards 1.12 over the next 2-3 months.