HomeNewsUncategorizedView | Will underperformance of Euro and Pound continue in 2022?

View | Will underperformance of Euro and Pound continue in 2022? 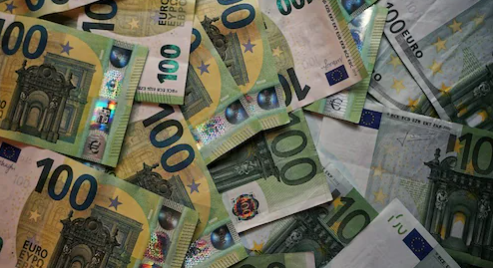 Each coin has two sides and only time can tell which side will fall on top and which will remain hidden. In 2021, the market flipped a coin and the result was ‘heads’ in favour of the USD, and ‘tails’ in favour of the euro and the pound. Moving forward, the question remains will both the latter currencies underperform in 2022 as well? What is the outlook over the short- and medium-term?

Let’s analyse those factors which are weighing on the same and come to a  conclusion on the outlook for 2022.

The euro is about to end this year with almost 1,000 pips falling against USD, or down by more than 7.5 percent. Let’s check the factors affecting the euro and the outlook on the same.

Higher cases in EU countries and risk of another lockdown

Despite having a higher vaccination rate, several European countries have been forced into lockdown over the past few days as the highly-contagious Omicron variant continues to spread at an alarming rate. Germany announced a mandatory 14-day quarantine for all travellers arriving from the UK beginning on December 20. Meanwhile, France has banned all non-essential visitors to and from the UK. This is creating a headwind for the economic and business outlook.

The England Central Bank (ECB) stands exactly whether Fed members were standing six months prior — ‘in a transitory mode’. While the Fed has accepted that inflation is permanent, the ECB is still expecting that the given round of inflation is temporary and could settle down to the target level in the upcoming year. Apart from inflation, growth divergence can also be observed, as the US is on course to have higher growth, whereas Eurozone countries are struggling.

Apart from the inflation theme in 2021, the other theme which market focused on was the energy crisis. This comes as most of Europe is bracing for sub-zero temperatures this winter. France declared severe nuclear outages and so,  electricity price jumped at €442.88 MWh on Monday, the highest in Europe and the highest since 2009. Russia has been reducing its natural gas flows to the Eurozone continent in an attempt to get the approved 759-mile Nord Stream 2 pipeline between Russia and Germany. Inflation and supply chain issues caused by the pandemic set the energy prices soaring this year, with European gas surging 600 percent.

The three coalition parties — Social Democrats, Greens, and liberal Free Democrats have never governed together before. Olaf Scholz’s cabinet has taken power with Germany almost after two months of discussions. The new government will face many hurdles just after taking a position, with Omicron front and centre, followed bye overheating inflation, energy crisis, changes in foreign policy, risk of piling-up of debt while delivering the biggest industrial modernisation of the century. Surely, this will create a doubt over political stability of the biggest unit of the bloc.

Recently released data suggests that retail sales in Germany failed to jump into positive territory in October as per market expectations, while factory orders tumbled and industrial production in the Eurozone also fell short of expectations. The inflation in Eurozone rose to 4.9 percent, a record high since the single currency was created more than two decades ago. In Germany, it is 6 percent. Last week, the ECB cut its Eurozone growth forecast for the next year to 4.2 percent from 4.6 percent previously. The sluggish growth rate in an inflationary environment definitely creates a deflation scenario, and that is not encouraging for the bloc currency — the Euro.

Overall, we can say that the above reasonings are enough to justify the downside target of EURUSD.

Technical set up on EURUSD

The EURUSD weekly chart below suggests that the primary trend of the EURUSD pair has been bearish, with immediate support at 1.1180 levels. If that is taken out, then we could fall towards 1.10 over the short term and further upto 1.07-1.0650 over the medium term. On the flip side, resistance for the pair lies at 1.1390 levels, which seems unbreakable over the medium term.

Along with the Euro, the Pound was also seen trading lower against the USD throughout this year on the back of the weakening of the country’s own fundamentals and the Fed’s hawkish stance.

The UK is facing the same issue as Eurozone countries regarding the COVID cases. The daily Omicron variant cases in the UK tripled to more than 10,000, while total cases remained above 90,000 per day, a near-record high. In recent updates from the government, Prime Minister Boris Johnson said new COVID restrictions are unlikely to be imposed before Christmas amid deep cabinet divisions, but warned further restrictions remain on the cards, with data on the threat of Omicron monitored “hour by hour”. Time is going to tough for the government as on one side, they can’t go for a full lockdown due to the Christmas holiday period and on the other, they are facing record high cases.

When a hike was expected from the Bank of England in November policy, it didn’t deliver and when the market thought that it will hold, it actually hiked rates by 25 bps to 0.35 percent and surprised the market. The hawkish stance was taken to curb the overshooting inflation. Recently released data suggests that UK’s inflation rose to 5.1 percent in November, the biggest annual jump since September 2011. A hike to curb the inflationary pressure amid a gloomy growth outlook does not support the currency and in that case, the currency weakens.  In a knee-jerk reaction, we saw some spike in the Pound, but then the market realised that this was not a growth-led hawkish hike. Surely, this will end as a policy mistake in 2022. By the time BoE realises this, the Pound would have been under the 1.28 mark over the medium term.

Brexit minister Lord Frost had resigned last weekend over “concerns about the current direction of travel”. With that, Boris Johnson took immediate steps and appointed Foreign Secretary Liz Truss to the post. The ongoing tussle between UK and EU over Northern Ireland Protocol has created a headwind for many businesses and could disrupt trade. This will surely impact the growth story of the UK and hence sterling too.

The energy regulator confirmed that in total 26 energy suppliers in less than 12 weeks have gone bust, bringing the number of households affected by a supplier failure since August closer to the 4.3 million mark. The total cost of the energy market crunch could run upto £2 billion this winter. The energy crisis is likely to remain with the UK into 2022 and will have a severe impact on currency too.

On the economic data side, industrial & manufacturing production, monthly GDP data, job report, PMIs all failed to impress the currency and set a bearish tone for the near to medium-term. Struggling industries due to energy crisis, foggy Brexit picture amid higher cost of borrowing outlook creates a double or triple whammy effect on the growth.

The above factors seem enough to explain the bearish outlook on the Pound over the short and medium terms.

Just like EURUSD, the primary trend for the GBPUSD can also be considered a bearish one. Since May 2021, the pair is trading into a bearish trend and making lower highs and lows. A recent couple of Doji candles suggest indecisiveness, but once the pair breaches 1.3150, we could see a further fall towards 1.30-1.29 over the short term and 1.2670 over the medium term. On the contrary side, resistance for the pair lies at 1.3380 to 1.3450 zone. That is not likely to cross over the medium term as the pair could be seen moving further lower.

The above fundamental and technical factors clearly set a bearish tone for the Euro and the Pound. Hence it is advisable to sell on every uptick or cover export exposure on every uptick.