HomeNewsUncategorizedWhat is the rupee’s fair value & where is it headed?

What is the rupee’s fair value & where is it headed? 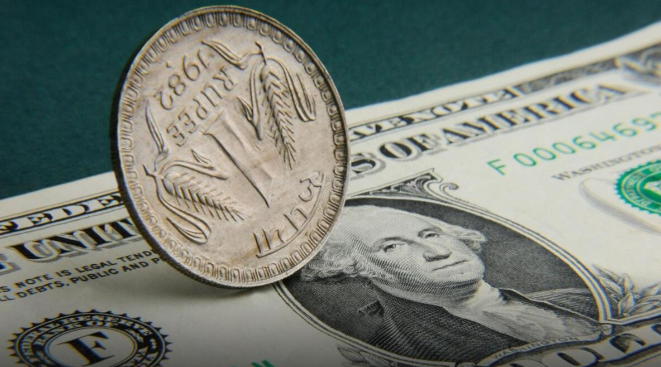 Nobody had expected that December would remain an odd one out for the rupee as throughout the year it was seen either trading in line with its peers or outperforming. A move from 81.05 to 82.90 in December was little justified with OMC (Oil Marketing Companies) related dollar buying. This has given reasons to evaluate whether the rupee is fairly valued.

Let’s check the factors impacting the rupee and evaluate the fair value of the domestic currency.

There is an interesting observation in the given EM currency performance table. Against an average EM currency’s appreciation of more than 3% since November, the Indian rupee is down by almost 0.44% against the USD, standing at the least-expected place in the table. At the same time, US DXY weakened by 6.79%.

History suggests that the rupee either performs in line with the average EM FX or outperforms. So given diverging move is not justifiable and the currency has to meet the average performance of its peer currency.

The majority of economic data suggests that domestic fundamentals are sound and favorable for economic growth. Inflation, which has been the theme of the year, didn’t spike that much in India and now it’s under RBI’s target range of 4% (+/- 2%). Further, India is projected to have one of the fastest growing GDPs of 5.7% in 2023, driven by government investments, rising digitalization, infra development, a strong corporate balance sheet, a well-capitalized banking sector, and a stable property market.

Since the high of over $130, the oil prices have corrected by more than 45%. This surely is a piece of welcoming news for a net oil-importing country like India. This helped to ease the trade deficit to $23.81 billion from $28-30 billion a few months back. If the Indian basket of crude prices decreases by 10%, inflation could decrease by around 30 bps at its peak, with a boost of 20 bps to growth. The more oil stays near the $60-70 range, the more it will benefit the India and local currency.

After FII outflows close to the 2008 situation, India remained resilient to global turbulence as sentiment turned from July (except for two minor outflow months). Further, with real rates better than the US, softening USD on the expectation of a pause in Fed rate hike in 2023, and promising domestic fundamentals, we expect that FIIs will keep on investing in India, at least until we see any crisis or a recession hit the market later in Q2,2023.

Whether it is about taking a timely call on monetary policy or taking a call on currency, RBI has always put itself in an active mode. Going forward, RBI may not raise rates aggressively to curb inflation but could try to match Fed’s action as India’s inflation is better placed. From the fiscal side, the government is expected to remain in line with its budgetary plan to support infrastructure, growth, and employment.

US slowdown and Fed’s pause

After sluggish economic activity from Europe and UK, US data is suggesting a slowdown. Starting from PMIs to housing data to retail sales, or be it growth, all are pointing that the US is on the verge of a hard landing of the economy. Partly, Fed’s aggressive stance against inflation also led to a steep rise in the mortgage and other loan rates and has started hurting the economy. In 2023, surely Fed will be in a dilemma whether to pause rates to control inflation or go with a cut to support economic activity. In both scenarios, it will be a dollar-bear case for the market. Overall, USD would weaken and riskier currencies like rupee will strengthen.

In the below chart, we can observe a similar divergence between USDINR and US DXY in mid-2021 when India faced Covid and RBI was having a dovish stance to support economic activity. However, the pair was seen turning lower, in line with the US Dollar index in May and June. Thus, this time also we expect that the USDINR pair should correct in line with US DXY in the near to medium term and the correlation will again turn positive.

Overall, given domestic and global fundamental pointers suggests Rupee should sync out its path in line with its peer FX. The risk against the given view could be a spreading of a new covid virus variant (BF.7) or any geopolitical concerns.

Summing up, the weakness in USD against EM and DM FX, falling oil prices, easing US yields, and stable domestic fundamentals will eventually lead to an appreciating move towards 81.50-81.20 levels in the near term. If it manages to break below 81.20, it could move to 80.50 levels in the medium term.

On the flip side, RBI’s ‘Main Hoon Na’ approach (intervention) will not allow the rupee to depreciate beyond 83 that easily. Finally, to answer the question ‘what’s the fair value’, then we believe that the fair value of the rupee is somewhere between 80.50 to 81.50.