HomeNewsUncategorizedRewinding a 2021 cassette and making a reel for 2022 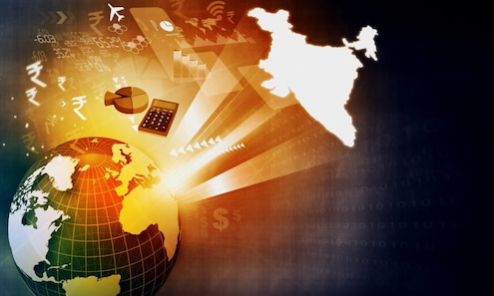 What a fantastic, fabulous and phenomenal year it was. On the positive side, the world got their vaccine to fight against COVID, but Delta and Omicron came with the complement. In the Financial market, on one side, we saw the US government crediting a direct amount to the US citizens, but at the cost of 40-year high inflation.

On one side, tech stocks were booming, China went heavy on their tech stocks. On one side, Work from home was saving electricity for many companies, but many parts of the world are still under heavy energy crisis.

Let’s rewind the cassette and check how the 2021 year had been:

In March, we again saw a new variant with a Greek name- Delta hitting many parts of Asia. Due to higher cases, we saw a second stricter lockdown in April and May into India.

RBI stepped up and supported through a dedicated liquidity window called G-SAP (Government Securities Acquisition Programme). The currency weakened past 75.50 in an immediate reaction but appreciated against ‘depreciating May seasonality month’ due to a flood of inflows on dovish RBI stance. Further, RBI was seen offloading its forward position in Q2, 2021, and long-term premiums were seen under pressure.

In the same quarter, we saw multi-year high-level inflation in developed markets like the US, Europe, and the UK. The inflation caught everyone’s attention. The reasons behind the same were a sudden ‘spike in demand outlook’ and ‘a supply disruption’. First time in the June meeting Fed turned hawkish, however, their tone on the inflation remained ‘Transitory’ till November.

Due to the Chinese Authority’s crackdown in July and August entertainment, gaming companies, sharing economy (ride-sharing, bike-sharing, home-sharing), tech/algo based companies, cloud computing platforms, education, online finance, cryptocurrencies, property, etc came under pressure. It is obvious that this should have a negative impact on the local currency, however, that didn’t happen. After mild hiccups, Yuan was seen strengthening due to PBoC’s support.

Energy crisis in world but majorly in UK, Europe and China:

U turn in FII/FPI flows:

Time doesn’t take much time to turn, and we saw FII’s selling the Indian stocks after Fed announced a tapering from November by $15 to curb inflationary pressure. Unfortunately, the world saw another COVID variant in November and EM experienced a strong outflow.

We are standing just on the cliff of 2021 and a few days away from the beginning of a new year. It would be interesting to watch what lies ahead in 2022? Will it be a smoother one or have a rough road for the market full of volatility and uncertainty?

Biggest theme of the year could be Fed’s rate hike:

In December monetary policy, Federal Reserve said that they will quicken the pace at which it’s pulling back its support for the economy as inflation surges to multi-decade highs, and it expects to raise interest rates three times next year. The job market and growth have been supportive to the US economy and hence there is not much risk of stagflation like in the UK and Europe. The probability of a rate hike in March is more than 50 percent.

Both BoE and ECB are on a different page of the monetary policy stance, but their currencies are performing in the same line. Both UK and EU grappled with multiple crises like a political crisis, energy crisis, stagflation, and definitely combined one- Brexit. This will surely pressurize on EURUSD and GBPUSD and make them trade lower up to 1.07 and 1.28 respectively.

PBoC’s diverging stance with US and other EM peers

After the Chinese authority’s heavy stance on many sectors in 2021, the market will be curious to check their stance in 2022. Before going in 2022, recently PBoC announced a RRR cut and increased the FX reserve requirement from 7% to 9%. Further, they have pledged greater support for the real economy and said that they will make monetary policy more forward-looking and targeted. This is totally against the ongoing EM central banker’s stance.

The New Year-2022 will be full of uncertainty for India. On one side, we have the biggest IPO sale of LIC, a total of 2 lac crore worth of companies are listing on bourses, bond inclusion in global indices. Otherside, concerns are rising regarding widening trade deficit, Union budget, and elections in 6 states.

Globally, the US is likely to lead the year with higher growth and Fed would be the key central bank, which is expected to uplift rates from sub-zero levels. The DXY is expected to cross the 100 mark and it could further jump toward 102 levels.

The Europe and UK are likely to remain vulnerable and hence both EURUSD and GBPUSD are likely to remain under pressure with a potential downside up to 1.07 and 1.28, respectively. In the case of the Indian Rupee, appreciation is likely to remain limited up to the 73.50 mark as RBI absorbs inflows and tries to keep on a flatter note. And to support growth, RBI could allow it to depreciate steadily in case of a dwindling scenario.

The shift of capital flows from EM to the US could degrade India in a favorite investment country list and hence we could see Rupee moving towards an All-time-low of 77 over the medium term and 78.50 by end of 2022.