HomeNewsUncategorizedView: Rupee likely to move to 76.30 vs US dollar in near term  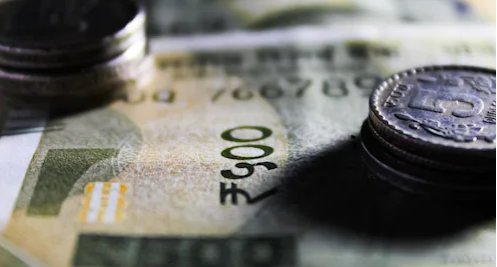 As the economist John Maynard Keynes has said: “The markets can stay irrational longer than you can stay solvent.”

The rupee got direction after the RBI policy review, having traded near the 74.50-74.70 zone ahead of the event. US CPI data proved to be a game-changer for major markets as well as the rupee. Momentum picked up sharply in the USD-INR pair, currently hovering near 75.60 — the highest level recorded since December 22, 2021.

Negative factors for the rupee

Fed’s call on end of bond-buying, imminent rate hike: With experts obsessing over the March meeting of the FOMC, with 100 percent expecting a 50 basis point rate hike and 94 percent a 75 basis point one after the latest US CPI data. They expect more than six hikes for all of 2022. The Fed hasn’t gathered its policymakers to raise rates at a special inter-meeting session since 1994. If it does so now, it would be very bullish for the US dollar index and negative for emerging market currencies.

Crude oil, other energy prices: Oil is already up more than 40 percent so far this financial year, and has doubled India’s oil import bill. Gas import costs have risen 61 percent. In nine months through December 2021, India paid $82.4 billion against the oil import bill, up 108 percent on a year-on-year basis. Every $10 increase in oil prices widens our current account deficit (CAD) by $14 billion, and raises the CAD-to-GDP ratio by 0.5 percent. Other commodities like coal natural gas are also creating a headwind and putting pressure on the currency.

Roller-coaster ride in equities: FIIs have sold Rs 80,000 crore worth of stocks and are still on course to offload heavy amounts — a flight of capital from riskier assets. The outflow will keep on putting pressure on the rupee going forward as well.

Uncertainty ahead of state election results: Five states in India have gone into polls. It is likely to determine political direction for the world’s largest democracy. Any changes in political power will weigh down on state borrowing, spending and revenue.

Positive factors for the rupee

RBI forex reserves, long forwards: The forex reserves of $631 billion and $49 billion forward books could support the rupee. Some respite can be seen if the central bank thinks it wants to support the currency.

India’s biggest IPO: LIC has filed its draft papers with markets regulator SEBI for its much-awaited IPO. How much will be allotted to FIIs and FPIs is yet to be finalised, and hence the impact is not known.

A hawkish Fed, Russia-Ukraine tensions, changes in energy prices, uncertainty over state elections and FII outflows will surely outweigh positive factors such as the RBI’s forex reserves and the LIC IPO. The rupee should further depreciate towards 76.30 levels in the near term. In case of further outflows by the end of the current financial year, one can expect the USD-INR pair moving towards 76.80-77.00 levels over the medium term.

On the flipside, 75.20-75.00 will act as a crucial support level for the pair. If it does break this support zone, the likely range for the pair would be 74.50-75.50. However, that will also be an opportunity for the importers to buy on dips, and keep hedges for atleast 40-50 days of payables.