HomeNewsUncategorizedView: Russia-Ukraine war can cause more pain to euro, pound 

View: Russia-Ukraine war can cause more pain to euro, pound  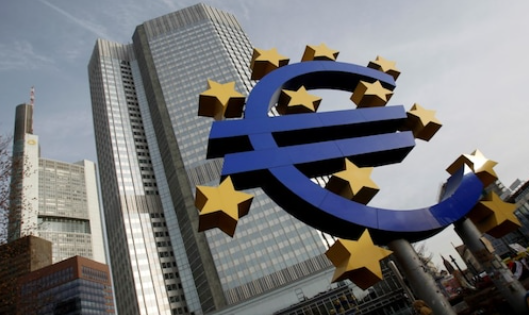 Despite measures taken by US, the UK, the EU, Japan, Taiwan, Australia and New Zealand against Russia, Moscow continued to invade Ukrainian cities. The United States’ move to ban imports of oil and other energy products from Russia sent crude oil surging to close to $140 a barrel — the highest since the Global Financial Crisis of 2008.

The impact of the Ukraine crisis will be majorly seen over currencies that have major exposure to Russia and Ukraine, or of countries levying sanctions on Russian goods. We could see a major impact on the euro and the pound sterling. The dollar, being a safe haven currency, could remain on the bid side.

Russia accounts for almost 25 percent of the EU’s oil imports and 40 percent of its gas imports. Inflation in the euro zone hit an all-time high in February. Higher energy prices pose smaller a threat to the US than to the euro zone. Stocks in Europe have entered a bear market, with the DAX, CAC and Stoxx 50 indices down more than 20 percent from recent highs.

The European Central Bank has sped up an exit from its pandemic-era stimulus programme amid rising prices and sluggish growth.

Moreover, steady rate hikes by the Fed and a dollar buoyed by risk-off sentiment will not allow the euro to outperform.

Another currency that could be affected the most is the pound, which fell to the lowest since December 2020 recently. The UK doesn’t depend much on Russia for oil and gas, but half of the gas piped into the UK comes from the North Sea and a third from Norway. Russian imports make up for less than five percent.

The recent spike in gas prices is set to trigger another big wave in the inflation reading this spring. Despite the central bank’s efforts, inflation is not cooling off.

The next Bank of England meeting is scheduled on March 17, when a hike of 25 basis points is widely expected, which may not be enough to lower prices.

Accelerating inflation, a gloomy growth outlook and rising benchmark rates could hurt the UK economy, pulling the GBP-USD below 1.28.

The Russia-Ukraine war has added to pressure on the already soaring prices in both Europe and the UK. Uncertainty in the past fortnight or so has changed everything. It will be really uneasy for both the regions to gauge the economic outlook.