HomeNewsUncategorizedView: More depreciation on cards for rupee in 2022

View: More depreciation on cards for rupee in 2022 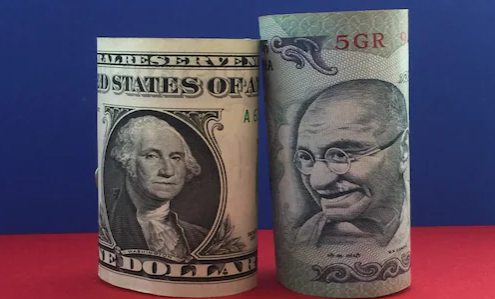 The Federal Bank plans to tighten its monetary policy. After announcing tapering of its pandemic-era stimulus in October, the US central bank started to trim its bond purchases in November. It also decided to wind up the bond purchases by March 2022, and pave the way for three interest rate hikes by the end of 2022. The biggest surprise was the December minutes, where FOMC members were seen discussing tapering of its balance sheet as well.

The way US inflation is heading towards the seven percent mark or a multi-decade high has pressurised the Fed to cut down its QE-tapering-QT cycle.

The Fed’s monetary cycle that followed the Global Financial Crisis of 2008 was more than eight years long. However, the current cycle would be shorter than 2.25 years as mentioned in the table below:

Will the yuan and the Taiwanese dollar continue to lead the EM basket?

The yuan and the Taiwanese dollar were the only two currencies that appreciated in 2021. For the yuan, the rise came despite hundreds and thousands of hurdles. Reason? The PBoC’s easing of stance after Beijing’s crackdown on real estate developers that caused a turmoil in the real estate market. Moreover, China remained a favourite among foreign investors, which pushed billions of dollars in 2021. On the other hand, the Taiwanese dollar was seen strengthening to a 25-year high on a stable policy outlook, under control inflation and strong exports.

However, the recent gain in the greenback amid a hawkish Fed could put pressure on the Taiwanese dollar. Overall, both the CNY and the TWD could come under pressure in 2022 but will remain outlier among emerging market currencies.

2022 outlook on other EM currencies

Will the rupee continue to depreciate for a third straight year?

Volatility in the forex market has been under control under RBI Governor Shaktikanta Das. The RBI has taken corrective measures at the right time to protect the interests of both exporters and importers. After depreciating for more than nine percent in 2018, the rupee’s weakness remained well within its yearly forward premium for the next three years, up to 2021.

In 2022, will the rupee depreciate more than its yearly forward premium?

The answer could be both yes and no. Yes, there can be depreciation of more than 4.5 percent during the year, with the possibility of the currency testing an all-time low of close to 77 and move towards 78-78.50 levels. However, the RBI has that control over volatility, and could keep the depreciation below four percent for the year.

There are many reasons for the depreciation. The USD-INR pair could make a strong reversal from the current levels of 74.00.

• Risk ahead of Budget

• Risk ahead of state polls

On the other hand, here is a list of factors that could continue to support the appreciating bias:

After topping near 76.30 in mid-December, the USD-INR pair as once again approached the trend-line support at around 73.50-70. This zone is expected to act as a key make or break point for the pair. There is an 80 percent chance the USD-INR pair will make a strong rebound. Any reversal of 25-30 paise in the interbank market will confirm the reversal up to 74.80-75.20 levels. In an adverse case, with a 20 percent chance, if it breaks 73.50, it will negate our short-term bullish view.

A hawkish Fed, global inflationary pressure, supply disruptions and new COVID variants are likely to keep pressure on emerging market currencies. However, the yuan, the Taiwanese dollar and the Indonesian rupiah could outperform their peers. In case of the rupee, volatility, which the RBI has worked hard to curb, could remain high for the year.

Overall, from the 73.90 level, the USD-INR pair is expected to bottom out near the 73.50-70 zone and make a strong rebound towards 75-75.20 in the near term. Negative factors are likely to dominate over the positive ones. For the year, the rupee could move towards 78-78.50 levels against the US dollar, but the RBI could restrict the fall under four percent.