HomeNewsUncategorizedView: What the latest FOMC meet could mean for the rupee

View: What the latest FOMC meet could mean for the rupee 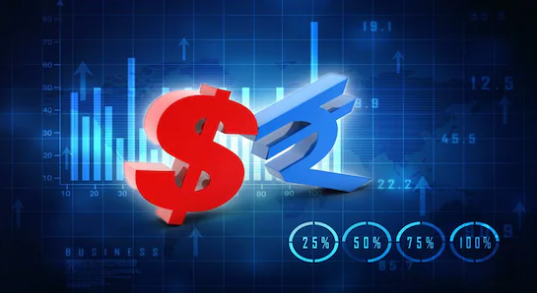 The result of the most awaited event of this month — the Fed’s scheduled policy meeting — is here with us. There was clearly no surprise for the market.

As widely expected, the US central bank kept interest rates unchanged at a record low of the 0-0.25 percent range. But its tone remained hawkish and reaffirmed the interest rate hikes to tame down the effect of multi-decade high levels of inflation. Fed Chairman Jerome Powell said the central bank is ready to hike the key rates in March and will commence the balance sheet reduction process afterwards.

The impact of Fed’s decision on different asset classes

Bonds: It is said that bond markets and short-term rates are the first to gauge the change in the central bank’s monetary policy. Rising expectations of a hike in key rates impacts short-term yields. The two-year yield jumped to a 23-month high and the 10-year yield climbed near 1.84 percent.

Forex: The US dollar index — the primary gauge of the greenback against six major currencies — rose to the highest level recorded since the December 15 meeting of the Fed. The euro dropped to 1.12 and the pound to its lowest since late December. Emerging market currencies also declined, about half a percent.

From the expectation of three rate hikes, in the December policy, the market has now started to discount fourth and fifth increases as well. The markets could probably see hikes on five out of the seven remaining meetings. Obviously, this was much needed to ease inflation.

As long as the job market and growth are on the track, and there is no impact on rate hikes, the US central bank will continue with a hawkish to very hawkish tone in every meeting in 2022.

The reduction in balance sheet is surely on the cards this year, which could keep the yields on track to rise further.

The fear of hikes is hurting the bull run in overvalued equities, with the discounting factor expected rise, and hurting stock prices. However, the Fed will keep an eye on the overall performance of US equities. If the US market enters bear territory, i.e. falls more than 20 percent, the central bank will look to activate its Fed Put or Greenspan Put options.

Simply put. the Fed Put option means a series of policy easings (QE) following large US stock market declines. This option emerged in 1990 and held through the Global Financial Crisis of 2007-08.

However, that will not happen in the US market, as emerging markets will strongly face outflows that will direct the capital back to developed markets such as the US. Wall Street, therefore, will outperform other equity markets. A stronger US dollar remains on the cards and will create a headwinds for emerging market currencies.

The hawkish Fed and the increase in the number of hikes from three to five will continued to support the dollar index. Over the short term, one can expect the dollar index to attain higher towards 98.50, and over the medium term, a move towards the 100 mark. This will make other development market currencies as well as emerging market currencies weaker. The euro could fall towards 1.10-1.07 levels and the pound towards the 1.32-1.30 band.