HomeNewsCurrencyDollar dominance will cap upside for the Euro

Dollar dominance will cap upside for the Euro 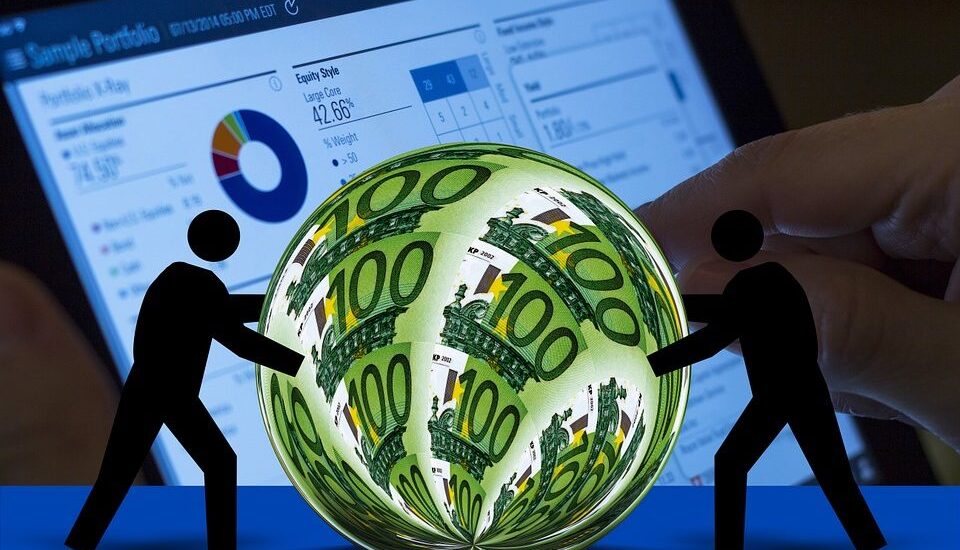 The best solution when your computer hangs is to “Restart”. Post reboot, the computer usually works faster than before. The same can be correlated to the current world scenario. We can say that after last year’s COVID hang, the world went on Restart. Meantime, all central banks had flooded the market with liquidity to support the economy. But the US took extra stimulus to support the growth story. These measures along with higher vaccination drive helped the US to recover back above pre-pandemic levels, whereas Europe is still recovering from the pandemic. And hence, the US future outlook seems brighter than Europe. Let’s discuss key points and check Euro’s medium-term outlook.

If we look at Europe’s vaccination development then they have done a remarkably good job over the last few weeks to vaccinate over one-fourth of the populations. Further, daily new cases are disappearing slowly. And thus, reopening in major European countries is expected sooner. This is surely a good thing for a bloc currency-Euro. But if you look at US progress then they have vaccinated more than 45 percent of the population. Further, last week they have announced that fully vaccinated Americans can throw out their masks in most indoor and outdoor scenarios. So, in this picture US dollar is expected to remain on a stronger note than Euro.

On the economic data front, German’s retail sales, factory orders, industrial production, and ZEW economic sentiment were seen beating the expectation levels. But GDP, inflation, and PMIs which are key data remained sluggish. Thus, we can say that country as a whole is still in its recovery phase. Moving to western country US where GDP, personal income, spending and inflation figures jumped at record levels. Just, job report and retail sales data fell short of the market’s expectation and the dollar index retreated towards 90.20 levels. On a weighing scale, if we keep the US on one side and Europe on another side then definitely US data are more promising in nature as fiscal and monetary stimulus have helped the country to get back on track. In short, the probabilities of odds of the dollar recovering back above 91.30-92.00 levels are higher.

Central banks at the center of attraction:

In the upcoming monetary policy meet which is due on 10th June, the ECB cannot remain quite like the last meet because by that time the progress over-vaccination and reopening of the economy would have gained much stronger. Definitely, ECB should consider and revise its growth forecast. But lifting back ongoing easing policy will not support Italy and other debt-driven European countries in the current environment. In light of rising commodity prices along with fiscal & monetary stimulus by central banks, both Fed and ECB wanted to double-check recovery’s strong foot. The case for Fed turning hawkish is more promising than ECB as Europe is still lagging in many ways than the US. This would help the US dollar to dominate over Euro in the upcoming time.

Yield is yelling a different story for Europe

The Germany 10-year bond yield, which was negative 0.61 percent at the start of this year, is now quoting around just negative 0.10 percent. The Italy 10-year bond yield also jumped from 0.42 percent in Feb this year to 1.12 percent currently. The rise in both these yields will definitely increase the cost of borrowing for the ECB as this kind of headwind was already observed in Oct-2018 when Italy’s 10-year yield jumped from 1.75 percent to 3.75 percent. In reaction to it, the Euro-Dollar had fallen sharply from 1.23 to sub 1.16 levels. In short, ECB needs to make sure that the current bond market and yield remain in line with the central bank’s required actions. But that is not the case with US, because US yields were rising on the expectation of speedy revival and flows were actually coming into the US treasuries. The recently released Treasury International Capital (TIC) data suggests that foreign purchases of U.S. long-term assets hit a record US$ 208.1 billion in March 2021, the biggest bond-buying since May 2008. Thus, rising US yield will support US dollar as flows will go back to safe-haven treasuries, but rising Europe’s yield will create more stress for the ECB as the cost of borrowing will rise and that will be negative for Euro.

As clearly observed in the above Euro-Dollar chart that the pair is finding strong resistance near the 1.2190-1.2220 zone. One interesting observation in this chart is that the Euro-Dollar pair always retraces back whenever it touches the upper Bollinger band. And hence, we expect a reversal from the current confluence zone to 1.2000-1.1950. In Rupee terms, the Euro-Rupee pair is restricted its movement into a narrow range of 88.50-89.50 zone. We expect the pair to move further sideways with the same range as Euro-Dollar seems to reverse on the downside and the Euro-Rupee pair to bottom out soon.

Summing up, broadly we can expect a reversal in the Euro-Dollar pair as Europe’s fundamentals are lagging behind the US. Europe will still take time to recover back to pre-pandemic levels and rising yield will not support ECB’s plan of action and hence aggressive bond-buying could be expected. This could cool off rising European yield and could support yield differential in favour of the US dollar. Once US nominal yield supports again, we could expect higher real yield and US dollar back in demand. Overall, we expect Euro-Dollar to make a medium-term top near the 1.2190-1.2220 zone and retrace back atleast up to 1.2000 to 1.1950 zone.