HomeNewsUncategorizedWill RBI use ‘clutch’ and ‘accelerator’ in its upcoming monetary policy?

Will RBI use ‘clutch’ and ‘accelerator’ in its upcoming monetary policy? 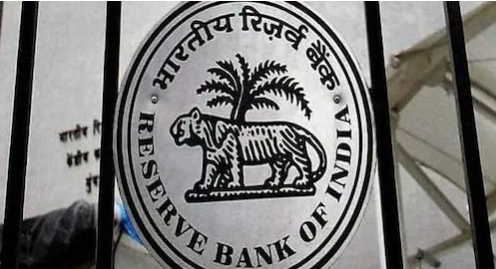 Before discussing the outlook on the RBI’s monetary policy, let’s understand the simple example of driving a car. To ride a car, a driver has to focus on three things- ‘Brake’, ‘Clutch’ and ‘Accelerator’. With the perfect use of all this only, the driver can ride his car very smoothly. Just like that, any central bank has to understand when to put a ‘brake’ from raising interest rates, when to use a ‘clutch’ of changing a stance from accommodative to neutral and when to give an ‘accelerator’ of hiking rates again.

At the start of the Pandemic in March-2020, when the economy faced a sharp contraction, almost all central banks put the ‘brake’ on raising rates and supported the economy through flooding with higher liquidity.

Fortunately, it seems like it worked, and now the world is on course to return to normalization. Hence demand was seen picking up to the pre-pandemic level in some countries. However, the supply-side remained a big concern and that central bankers had not thought that it will remain with us for a longer period than expected period of time. As all markets and economies are interlinked, RBI has to act according to its peer and bigger central banks.

In the Developed Market, New Zealand has already hiked its rates twice a time this year. Fed is on course to hike rates in 2022 and BoE is just a few months away from the same. In Emerging Markets, Brazil, Russia, Argentina, South Korea, and Africa have already acted against rising inflation and hiked their rates. The PBoC is going against its peers by providing support the dwindling economy amid heavy tightening from the tech regulators. Now, RBI will be dilemma whether to ‘Hike’ or ‘Hold’ their policy.

If RBI closely analyses the economic data and banking system liquidity then inflation has been under control. India’s CPI is at 4.48 percent- quoting for the straight fourth month under the central bank’s target of 4 percent (+/-2 percent). The fiscal deficit is likely to remain as per the target of 6.8 percent of GDP. The growth rate is likely to be around the central bank’s target of 9.5 percent. The trade deficit has been a headwind as it has been near $20 billion per month due to rising gold and oil import value. But against that, the central bank has sufficient reserves to counterattack.

Now, if we check the banking liquidity, then it is still excess to what is required in the economy. With evidence that the economic recovery is well entrenched, policy normalization could be taken place. RBI already mentioned in the last meeting regarding liquidity normalization while assuring sufficient liquidity at the time of any crisis. The RBI has already begun the withdrawal of extraordinary stimulus by shelving its bond-purchase program and stepping-up absorptions through the variable-rate reverse repo rate in the last meeting.

This can be reflected over their action too as they have sold Rs 1,435 crore worth of sovereign securities cumulatively in the secondary market over the past two weeks. This resulted in a fall in surplus liquidity to Rs. 7.40 lakh crore from Rs. 8.08 lac crore before RBI’s October policy.

It is said that the central bank’s future action reflects more in the fixed incomes, i.e. on the yields. In India, longer-term rates are rising at a slower pace than short-term rates. That means the curve is flattening.

The RBI monetary committee is scheduled to meet on December 6 for their three-day policy and the decision will be announced on December 8 at 10:00 AM, followed by a media address by the governor and Q&A. Swap markets are already pricing in 40 basis points of reverse repo hike in December. But we are expecting that there is just a 25 percent chance that RBI could hike the Reverse repo rate and a 75 percent chance that RBI could wait for another 2 months to check the impact of the new South African variant- Omicron on India’s economy along with global reaction. (Repo rate is the interest banks pay to the RBI for drawing liquidity to overcome short-term mismatches).

Furthermore, the center’s move to cut excise duty on petrol and diesel last week, which was followed by VAT reduction by multiple states, is likely to aid the Reserve Bank’s efforts to normalize liquidity flows. The increase in the repo rate is likely to only take place in the next Financial Year.

After the government’s announcement of further extension of another 3-year term for governor Shaktikanta Das, this will be his first policy. If he serves for full three years to this post, then he will the longest one to serve as a governor over the last 6 decades. One could say and appreciate that he has managed a fine balance between the central bank’s policy and the government’s requirements.

Impact of RBI policy on the domestic financial market

In the odd case, if RBI goes for a reverse repo rate hike, then there will be no major impact on the financial market as their action is already discounted, and RBI too like Fed is a good communicator of their policy. However, this signal could be taken as an upcoming rate hike. And hence, this could draw foreign investments, increasing demand and value of the local currency. The hike signal supported by the higher growth is always positive for the market.

Further, rate hikes calm down the inflationary pressure. In this case, Rupee could appreciate against the dollar. The money-market rates and yields on shorter-maturity debt are likely to rise further ahead of the decision on the expectation of hawkish tilt.

But if they don’t give any clue or the policy normalization and goes against the market expectation of reverse repo rate hike then the market could take it negatively. And in that case, Rupee could depreciate as FII could continue to withdraw money.

The below weekly dollar-rupee pair weekly chart suggests that the pair has been in a tight range of 72.30 to 75.50 over the last year. Unless any big event occurs, we could expect the pair to trade in the given range only with a slight upside bias. However, one can say that the pair is forming a strong base for the future breakout on the upper side.

As there is just a 25 percent probability that RBI could go for a Reverse Repo Rate hike, there is the same percentage probability for a big event to occur on policy day. Otherwise, it will be a non-event for the market. The RBI is likely to address further normalization of the liquidity, which the market is already discounting through betting for a faster rise in short term yield and slower rise in long term yield.

For the dollar-rupee pair, we could see little higher volatility with a mixed bias on that day. But overall for the short term, we can expect the pair to trade in the range of 74.30-75.50 and for the medium-term, we can expect a range of 73.80-75.50. In any case, if the pair breaks 75.50, then we can expect it to move higher towards 76.50 and 77.00 levels. However, the odds of breakout in this financial year is less.