HomeNewsUncategorizedA new year 2022 and a new theme for the market. What it is? 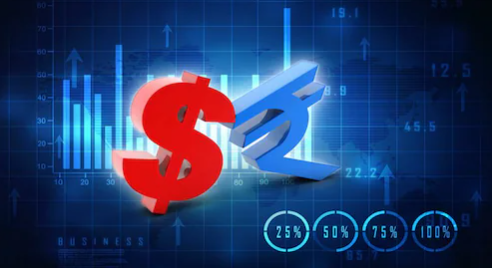 There has been specific theme in the market over last 4 years, under which the traders had carried their position. Those are mentioned in the below table. If we just look at the recent year theme then for the year 2020, the initial theme was ‘COVID Pandemic’.

However, post that we had seen major ‘central banker’s easing’ their monetary policy to support the economic activity. And that led to a flood of capital in the market, which steadily fell into veins of different assets classes. Major implication was observed over risk-on asset classes and hence the year 2020 was for the equities.

Now let’s talk about the theme for the year 2021. It was a smooth ride until April or May month when the US first came up with decade-high inflation data. It is hard to believe that US inflation has jumped from 1.4 percent in January 2021 to 6.8 percent in November.

Onto that supply disruption also pushed inflation higher. However, it took 5-6 months for Fed to get realize that the current inflation is not transitory and finally they have decided to lift their COVID-led bond-buying program by $15 billion per month starting from November 2021.

We are hardly 2 weeks away from celebrating a New Year 2022. One would be eager to know what would be theme in 2022. Our CR Forex research team has come up with broadly 2 market themes for the New Year- 2022. The first is a ‘flight of capital from EM to the US’. And the second one is the ‘Fed rate hike’.

After robust equity inflows in 2020 and higher debt inflows into 2021, we are expecting an outflow from the Emerging Market to the US. Yes, we are expecting a movement of capital towards US only as other developed market will not be able to perform well due to a fragile economic outlook and higher inflation. And hence, the flows will be directed towards the US equity and bond markets.

The European countries are facing three major issues. Firstly, the energy crisis. Secondly, higher COVID cases and thirdly, political uncertainty in Germany. Due to all this, inflation is expected to remain higher and growth is likely to remain subdued; could result in ‘Stagflation’.

The ECB may think towards the unwinding of their asset program in Q2 2022 but will not be able to go for a rate hike until 2024. In case of the UK, then they are also facing a couple of issues. Firstly, higher COVID cases and secondly, never-ending Brexit. The market was expecting that the BoE will hike rates in November policy, but unfortunately, they didn’t due to uncertainty of the economy. In 2022, BoE could go aggressive and do rate hikes to tame down the price pressure, however, that will end up with a ‘policy error’.

Now, let’s talk about the Emerging Markets scenario. Many EM central bankers are strongly acting upon the inflationary pressure and hiking the rates. To name a few, South Africa, South Korea, Mexico, Russia, Brazil and Argentina are amongst those who have hiked their base rates. The implication of higher rates during uncertain growth is now pressurizing on the equity and local currency.

If we look at the given chart of flows into EM economies then one can say that flows into EM stocks and bonds peaked in the fourth quarter of 2020, right before vaccine access became widespread in advanced economies. Since start of 2021, we are seeing a decelerating trend in the EM flows.

Probably, the subsequent recovery of the US has hurt EM assets since then. The non-resident flows to emerging markets landed at $15.6 billion last month, compared with $18.6 billion in October and $115.5 billion in November 2020, IIF (Institute of International Finance) data showed. Despite regulatory tightening or Evergrande issue, China’s inflow has been steady compared to flows excluding China.

The willingness of the investors to engage with EM has dried up in November, especially when WHO announced a new variant. Hence next year we could see a big shift of capital or outflow from EM to US.

Last time in 2013, when Fed had done the tapering, EM had experienced a strong outflow. And that resulted in a weakness in the local currency versus the US dollar.

The better-than-expected economic data, multi decade high inflation, stronger growth story supports the base case for the early rate hike by the Fed. However, it took additional time to make them realize that the current inflation is not transitory. Jerome Powell’s comments in front of Congress in late November have intensified the early and higher than expected winding up of tapering. He said that he no longer believed that inflationary pressures were transitory and signaled that the central bank was open to accelerating its monetary tightening.

The market could expect wrapping up of bond-buying program in the next 3 to 4 months and a first rate hike by May. This pivot game of the Fed has exacerbated an already difficult adjustment for many developing countries. Overall, the yield curve in the US is likely to flatten out with short-term rates rising faster than long-term rates. The risk-on sentiment in EM could remain depressed and hence demand for the safe-haven US treasuries and dollar will remain in centre of attention.

The large depreciation of EM currencies, and the expectation of a Fed tightening cycle earlier than expected will affect the flow dynamic and have a spiraling effect. The US dollar index is likely to remain stronger, with the expectation of surpassing triple-digit of 100 and could inch higher towards 102-103 levels. On another side, Euro could fall towards 1.07-1.05 and the Pound towards 1.28 to 1.26 levels.

As USD-INR pair is quoting near 18 months high after giving a breakout above 75.50 levels, expectations are high that it will resume its uptrend towards 76.50 and 77.00 levels in 2022. However, RBI’s action could be a game-changer and could make the ‘best out of waste’. A picture beyond 77 levels seems doubtful as of now as RBI has terrifically managed both currency volatility and value over recent last two years and could continue to do so whenever required.